It’s been three months since my second transparency report so here’s everything that’s been going on for BNFW from 29th June to 6th October 2016.

September saw the release of the Conditional Notifications add-on – the fourth add-on for BNFW. This was the add-on that I’ve always wanted to release and the number of requests for this kind of functionality in BNFW was actually the reason why I created the mailing list. This add-on allows you to limit selected notifications from being sent out to one or multiple categories, tags, formats, etc. of your choosing. It’s incredibly handy and something I can’t wait to develop further.

I opened my email one morning to find a message from a huge, respectable company that uses BNFW a lot! They’re on WordPress VIP though and wanted to see if it was possible to get the plugin onto the platform. After a full code review, I submitted BNFW to WordPress VIP for review. Unfortunately, the email aspect of BNFW (basically the whole plugin) is a ‘blocker’ and would most likely prevent it from being approved without some kind of mandatory functionality that would send all emails through a transactional email service, such as Mandrill instead of

. I’m still looking into this but for now, I can at least be sure that the code review has put BNFW in even better shape than it was previously.

This is a healthy increase in sales from the last Transparency Report and something I feel quite proud of. To me, it’s an indication that I’m doing something right with BNFW. May it continue.

One thing I think I forgot to include in previous Transparency Reports is the amount of donations that BNFW receives. It’s not much in any given quarter but thought it was worth posting anyway.

I mentioned previously that I didn’t feel the pop-up in the bottom right-hand corner of the site was a particularly good way of giving a discount or enticing people to sign-up to the mailing list. So, I did a bit of reading and opted for a ‘notification bar’ style call-to-action instead along with some better copy. I this this works better and I certainly feel that it’s less intrusive.

I’ve answered 18 of 22 support threads that have been created on the Free Support Forum within the past 2-months. Any unanswered threads are due to bugs awaiting fixes or awaiting additional information from users.

I’ve closed 4 of 4 Priority Support tickets which have been opened by purchasers of a BNFW add-on.

Both support ticket numbers are a significant drop from those posted in the last Transparency Report. I believe this is due to two factors: the first one being the main one and that of WordPress.org performing a significant upgrade on their support forums, but also breaking RSS feeds and full email notification support in the process. Staying on top of this has been hard with the lack of RSS feed breaking my carefully crafted Zapier automation however, I have been staying on top of it by checking in on the forums as often as time will allow. The second, I think, is due to constantly improving the documentation on the BNFW website and therefore, less people need support because the information they’re seeking is more readily available.

To date on WordPress.org, Better Notifications for WordPress has received sixty-three 5-star reviews, three 4-star reviews, one 3-star review, and one 1-star review. It has been downloaded 65,768 times and is being used on over 9,000 websites – a huge increase on the previous Transparency Report. 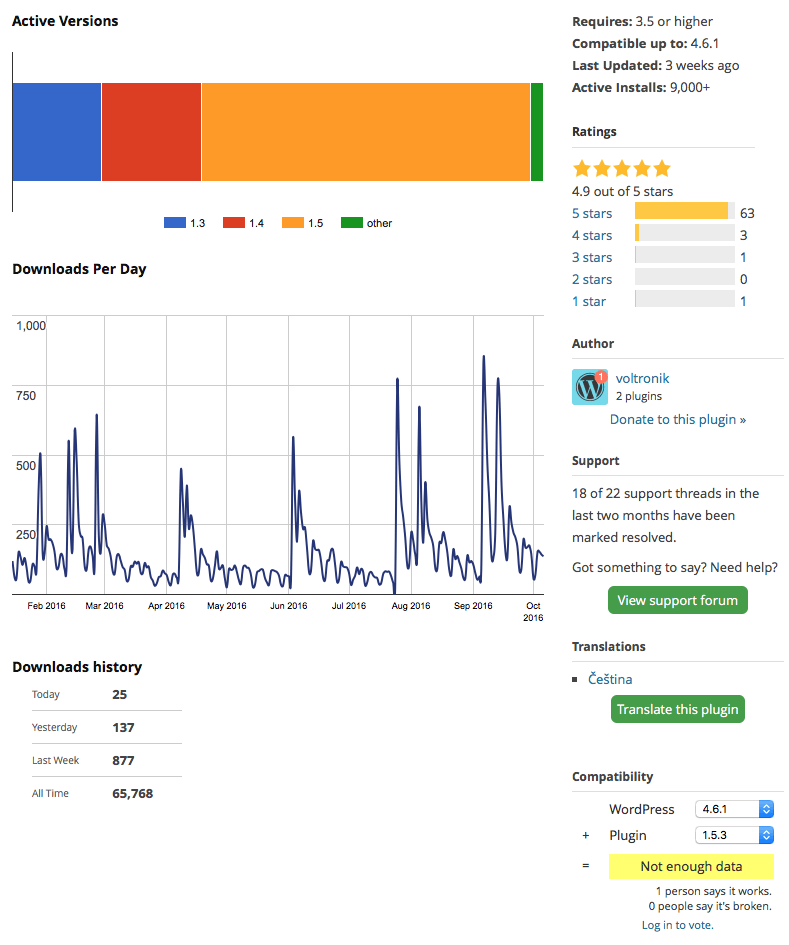 I’ve spent a bit of time consolidating my roadmap for BNFW lately. Everything that has ever been suggested to me, unless something very specific that would only work for one particular user’s use case, has been added to the roadmap for intended inclusion in some version of BNFW moving forward, whether that be in the form of an update to the core plugin, or as an add-on. I have streamlined the main ideas into the next 3-versions of the free core plugin which I intend to release over the course of the next year. I have also been mapping out my thoughts for the next add-on which has also been the second most requested feature for BNFW – Multisite compatibility.

To date, it’s been difficult to work out how to split time between developing the free core plugin, new add-ons, and existing add-ons. The last item in that list is currently the one falling behind so I’ve relied on the BNFW community to make suggestions on what improvements they’d like to see added. I’m hoping that as the number of add-on users rise, the number of requests will increase proportionately, and will enable me to prioritise this area of development accordingly with the rest of the BNFW development.

Until the next report!